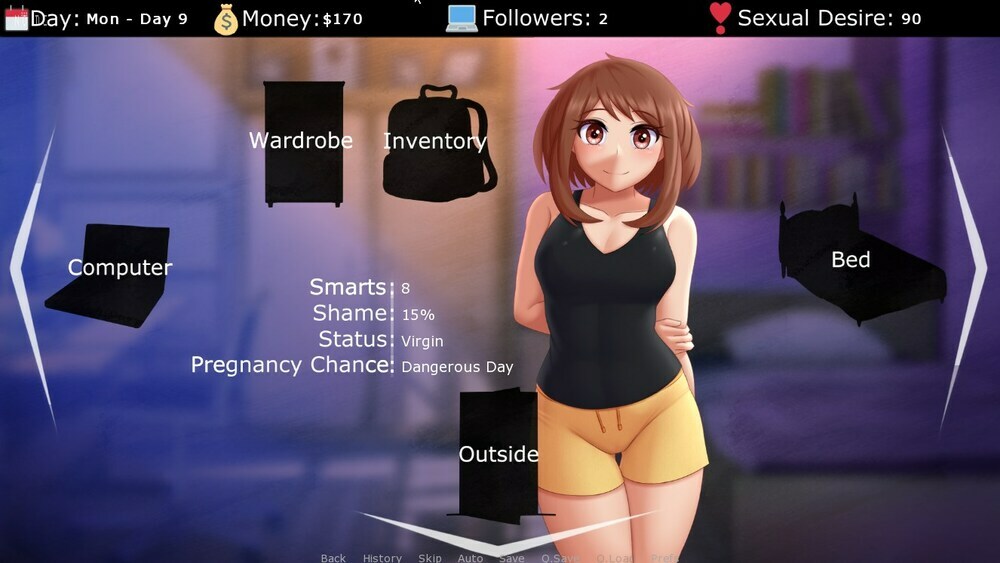 My Tuition Academia lets you control the brunette female protagonist of a life simulation game. Your mission is to make the most money possible and manage your college day. Its a perverse world that exists. It’s your choice to use it, or let it use you.
Changelog:
Major:
10,000+ Word Update!
Exhibition Route Part 2 – Park Public Gang bang
New Event Friday – Classroom Blackmail: Includes Oral and Vaginal. Only happens if you visit class, and have uploaded face revealing content online.
New Outfit – Sailor Uniform, unlocks from Friday event. You can wear this to college.
New Event Saturday – Public Onsen. Includes a tease, a threesome hand job, Vaginal and An.al. Requires 12 Sexual Desire to occur.
New Event Sunday – Alleyway Tentacles! Includes Standing Sex, and Double Pen. Requires 40 Sexual Desire to occur.
New Status: Cumflation, gives the appearance of temporary pregnancy for the day.
New Status: Induced lactation, allows a non-pregnant Taco to lactate. (Comes bundled with cumflation)
New Ending: Slime Girl Ending
New Event: Hero Costume, gives new costume. Requires less than 90 shame to occur and wear.
New Outfit – Hero Costume. 0% chance to get sexually harassed wearing this. Includes an unlockable alt variant.
Added a ‘To-Do List’ to the city map, so you can keep track of content you have and haven’t seen.
Added a ‘Tip’ Button to the Bedroom Menu, providing some random advice on what you can do next. Advice is tiered depending on your sexual desire, and there are three tips per tier.
Improved the tutorial at the intro, and added a few lines of text to explain some things.
Smarts now effects how much money you earn. Up to 100% bonus money gain for 200 smarts. This does not work for camshows.
Rich Kid renamed to Rich Parents, and now gives you +$30 Starting Money
New Quirk: Selfie Star, start with 100 followers, and gain them +10% faster.
Updated XTube and Cheat Gallery
Minor:
Updated a lot of clothes to better show pregnancy
Made Tan on the base character model about 20% more pronounced
You no longer see your ‘Boyfriend’ on Fridays after the test.
Events Overhaul; Certain events now don’t show up unless your stats are high enough to *almost* participate in them. This avoids endlessly pushing content the player lacks the stats to engage with.
Event Tuesday, Catcalling: Requires 7 Sexual Desire
Event Wednesday, Clubbing: Requires 5 Sexual Desire
Event Thursday, Bus Grope: Requires 30 Sexual Desire
Hypnosis route: Replaced the first silhouetted character in the
Hypnosis route: Changed some text to imply the hypnosis is done through one of the character’s super powers.
Hana now reacts to your lewd outfits.
Supervisor now takes your virginity properly if you have vaginal sex.
Supervisor event no longer takes a timeslot.
Recoded Stat Gains: Greater consistency with quirks, and they now round to one decimal place. (Money gains round to two, Followers to zero.)
0% Shame now appears as ‘Shameless’.
Updated old blowjobs with new lewd audio.
Instead of saying ‘Pregnancy Chance: 100%’ when Pregnant, if says ‘Knocked Up!’
Grope Events: Fixed being nude showing clothes.
Made some adjustments to improve the way black hair looks when viewed up close.
Your character no longer appears as pregnant in the endings (since in most cases several years have passed).
Nerfed dream stat gains so they’re all 1 (Still 2 with Heavy Sleeper).
Plenty of typo and coding fixes. 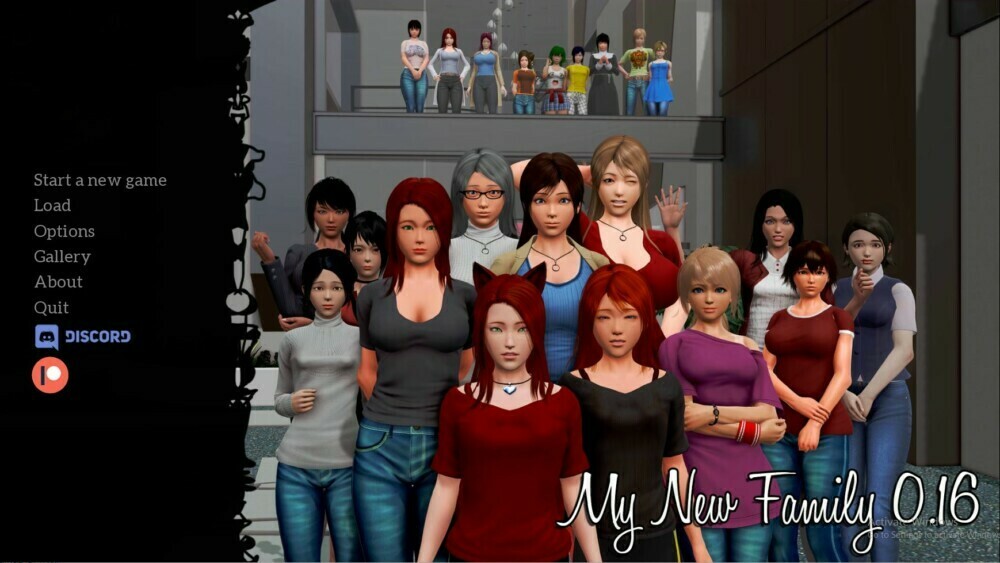 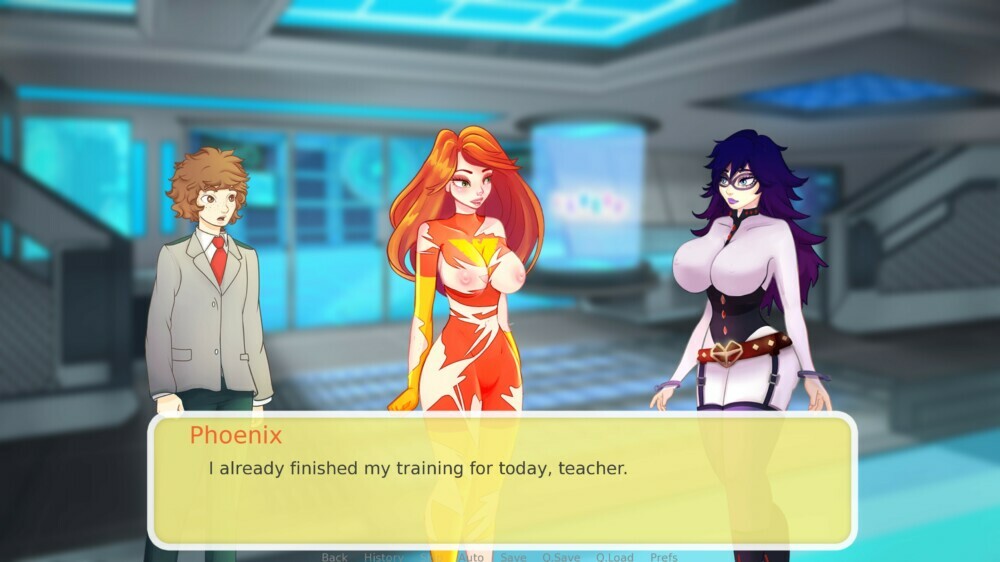 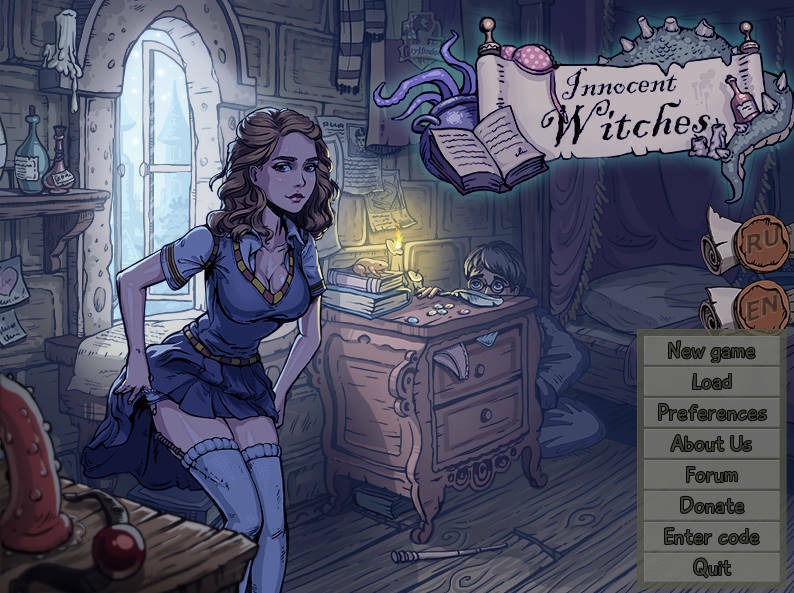 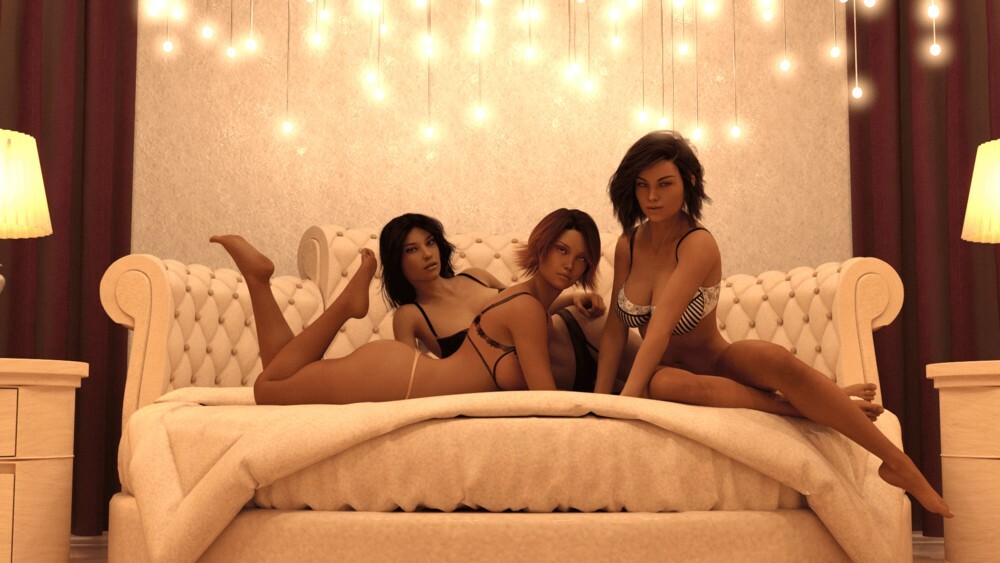 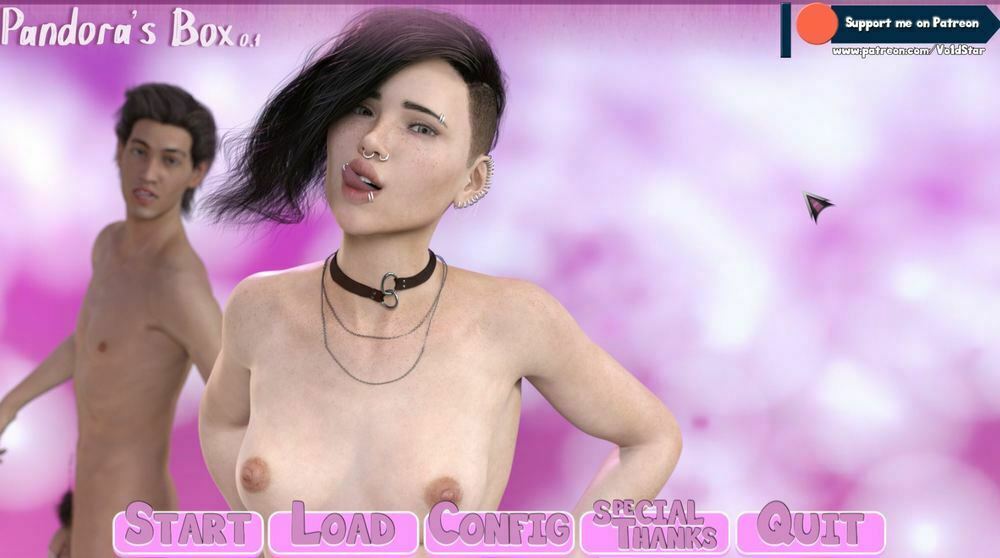