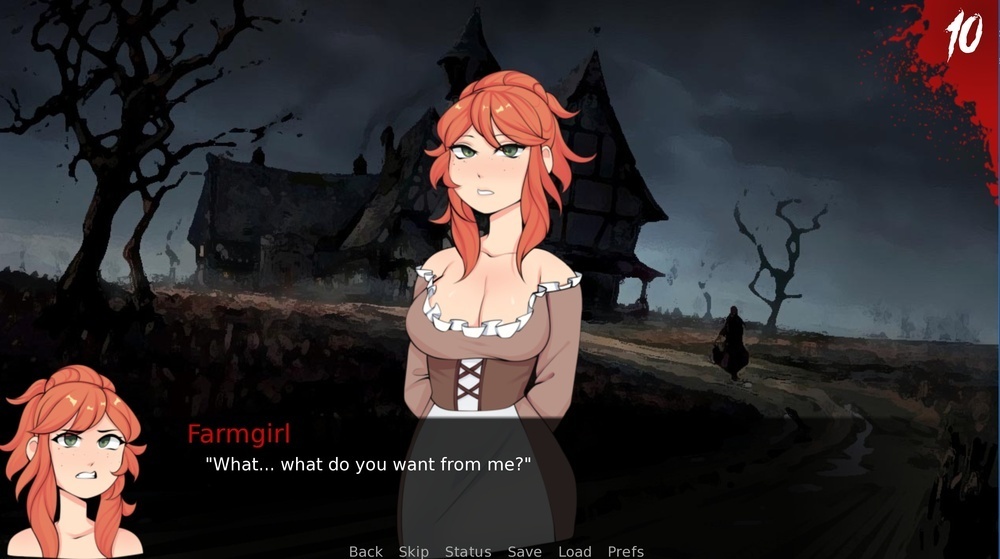 We’ve all heard the tale. Hero rises from humble beginnings and defeats the evil dragon to herald a new era of peace and prosperity. In reality, it’s quite the opposite. Ravager is a game in which you play a young dragon determined to reclaim their birthright. You’ll need to boost your power, allies with evil forces, avoid justice, and satisfy your lust for the best in order to do this. The first two chapters of the story are being covered by the game beginning with your birth, and the moment when you take possession of your lair. It is a nonlinear story with a variety of important decisions to make (and fun to have) throughout the course.
Changelog:
Dev Notes
This is our last build before our long-awaited foray into Act V!
We are working towards a v500 release date on the 29th December 2022. If something terrible happens, and we have to delay the build, we’ll do that – we’re not going to ship you a half-assed or broken update. But that’s the plan, and we’re on target to meet it.
We will continue to update Acts I-IV with new content for free, but Act V is and will be exclusive to people who support the game. If you have enjoyed Ravager so far, and want to experience Act V, please join us on SubscribeStar or Steam. We are dependent on your generosity to keep development going, and finish what we have begun.
MVPs of this build are Amon Ra, for sacrificing two months of his life (and a lot of grey hairs) in order to make these lovely new animated scenes for you; and Marina Montague, for her spectacular new main menu themes.
Features
Art: Darja and Issa’s kiss (Lubbio).
Art: Maelys’s attempt to fix everything, remastered (Lubbio).
Art: Mina and Marie-Anne’s team effort, remastered (Lubbio).
Art: Naho gets her fix (Lubbio).
Animation: Marie-Anne’s threesome with Boof and the dragon (Amon Ra).
Animation: Marie-Anne’s twosome with Boof (Amon Ra).
Animation: Marie-Anne serves seconds with Boof and the dragon (Amon Ra).
Music: The dragonsong, remastered (Marina Montague).
Music: The sombre dragonsong, remastered (Marina Montague).
Music: The choral dragonsong, remastered (Marina Montague).
Music: A new and final variation on our dragonsong (Act V only, Marina Montague).
Voice: Adeline’s missing lines from her intro (Marina Montague).
Voice: Adeline’s appearance when you are wounded (Marina Montague).
Voice: Malagar’s revelation about the moontouched (Robin Peakway).
Voice: Extensions and remasters for Balthorne’s existing scenes (Joff Leader).
Voice: Balthorne’s appearance in a strange dream (Joff Leader).
Voice: Balthorne’s part in the final showdown (Joff Leader).
Voice: Marie-Anne’s reunion with her animals (Marina Montague).
Voice: Marie-Anne’s visit to Valzira (Marina Montague).
Voice: Nonverbal voice acting has been added to Naho’s Act II/III defeat and drunken brawl scenes (Marina Montague).
Tweaks
The main menu theme will now reflect the Act that your most recent playthrough is currently in. Start a new playthrough to enable this feature! There are five themes to collect.
Boof’s sprite faces the correct direction during his more intimate encounters with Marie-Anne.
Fixes
Adeline will no longer imply something that is not correct if you choose to name the dragon Valzira.
The narration will no longer occasionally refer to Petruk’s replacement as Petruk.
Mina’s heist cannot be sprung if Rhyll is dead.
Several outdated animated idles have been purged from the reference scripts. 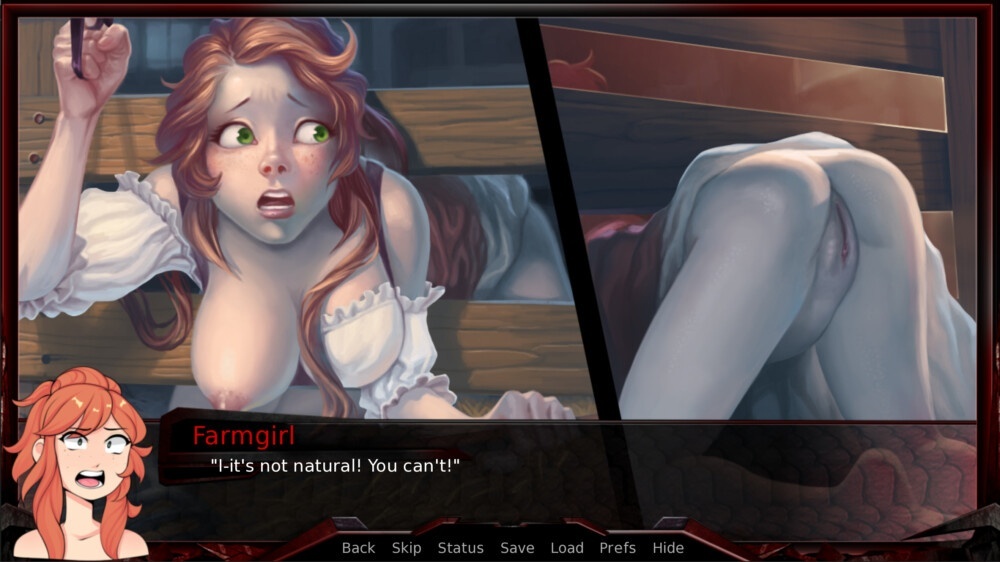 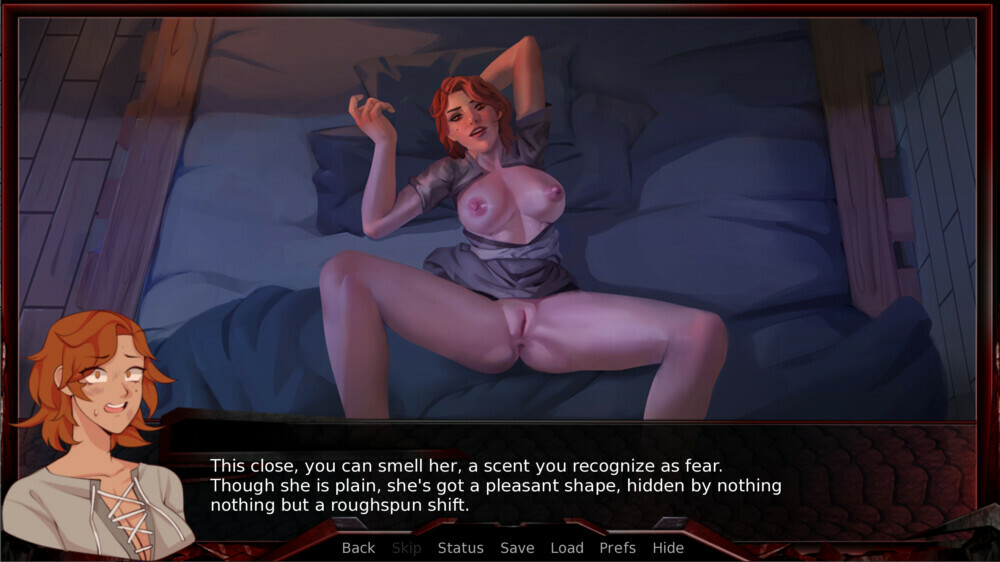 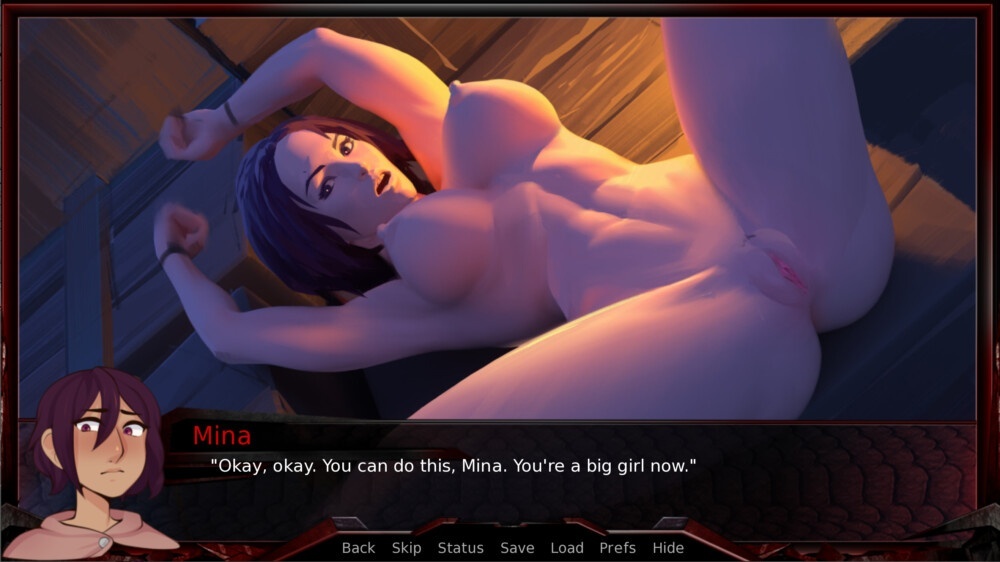 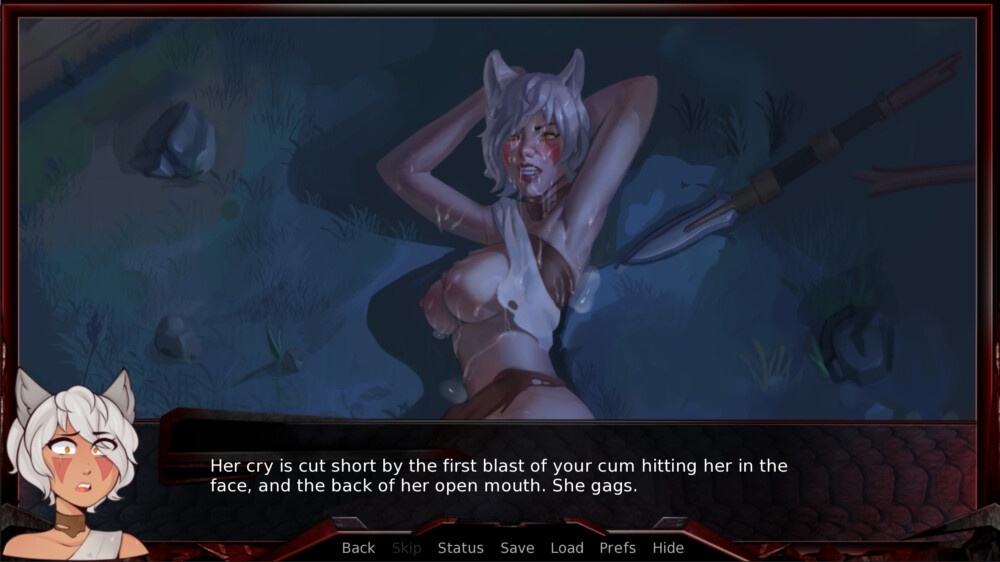 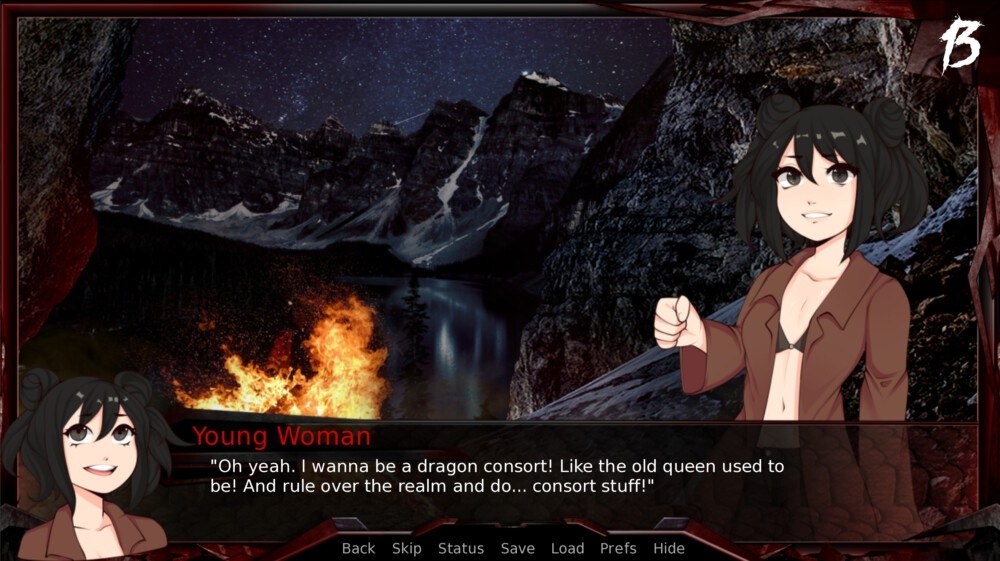 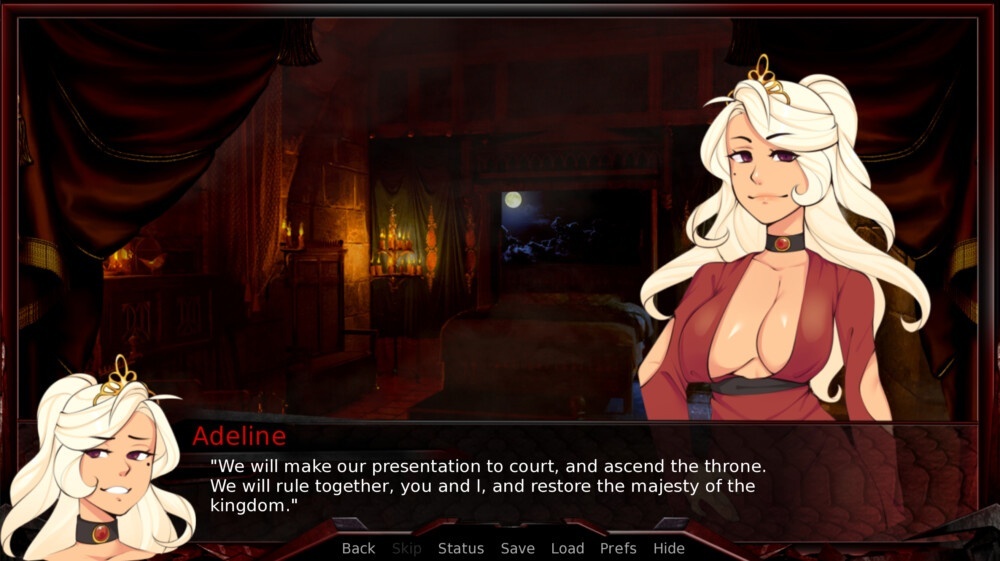 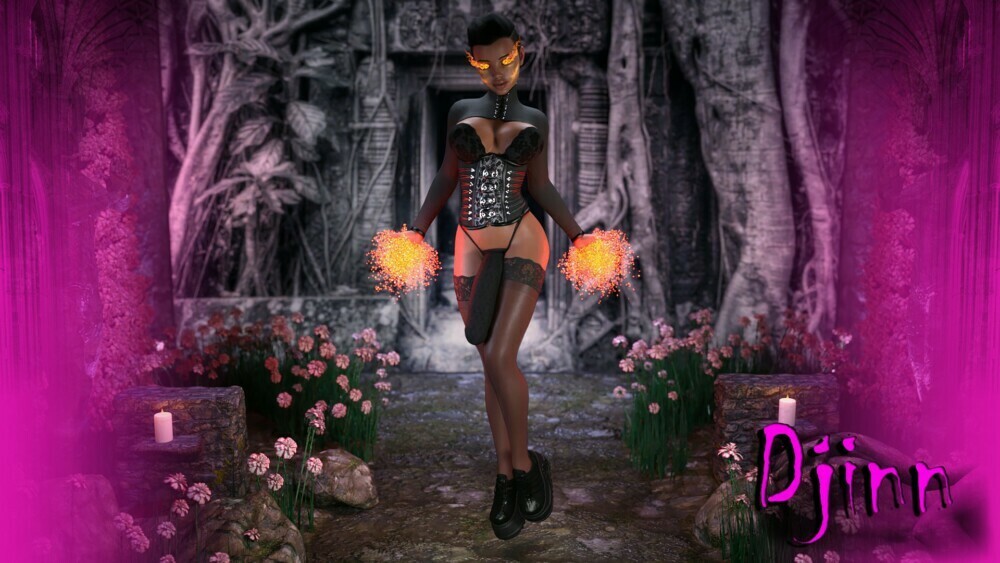 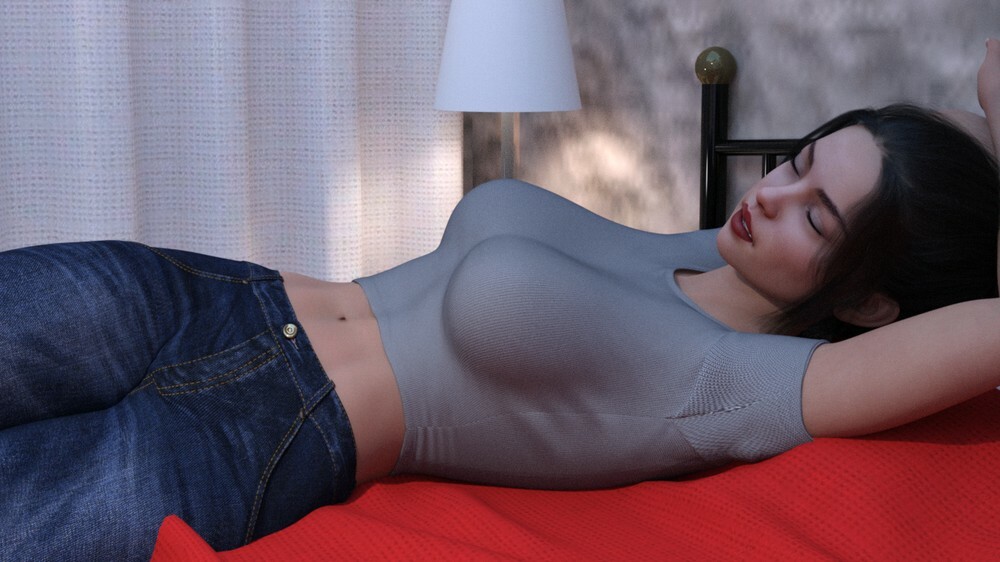 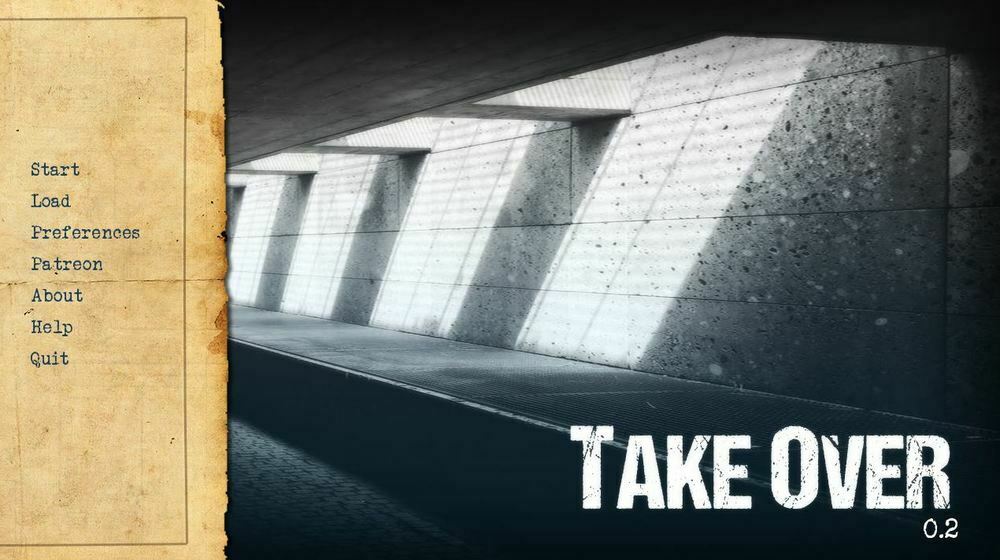 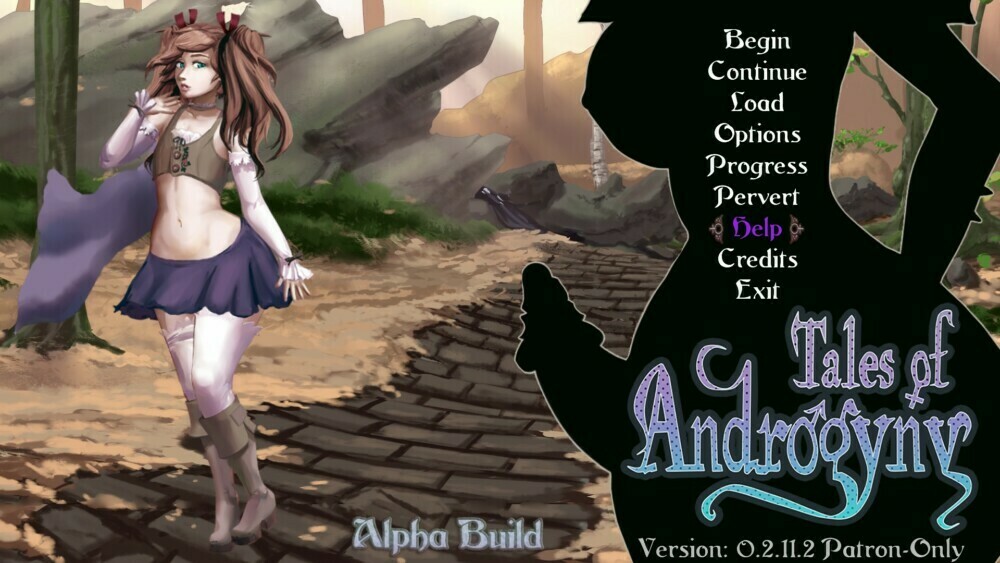 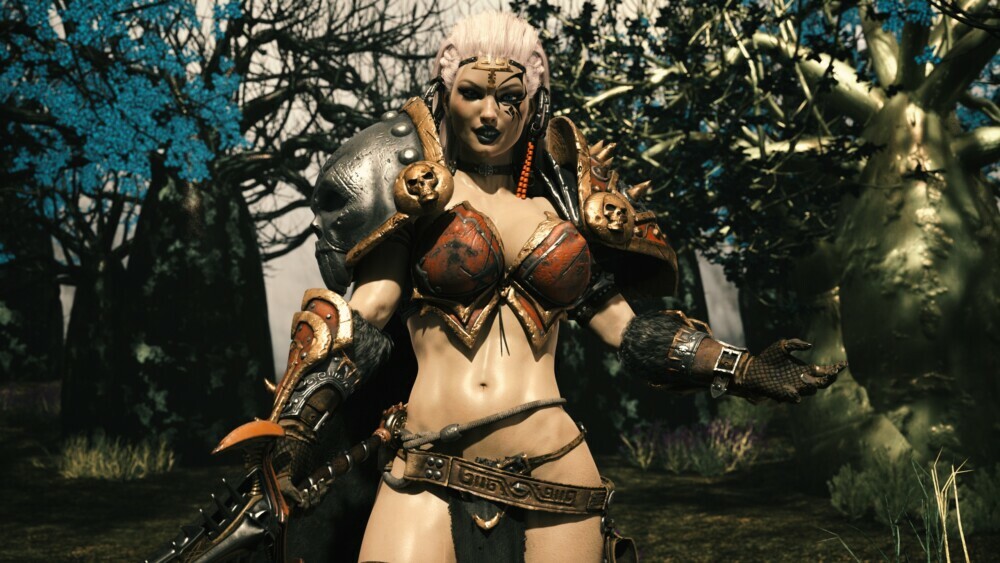